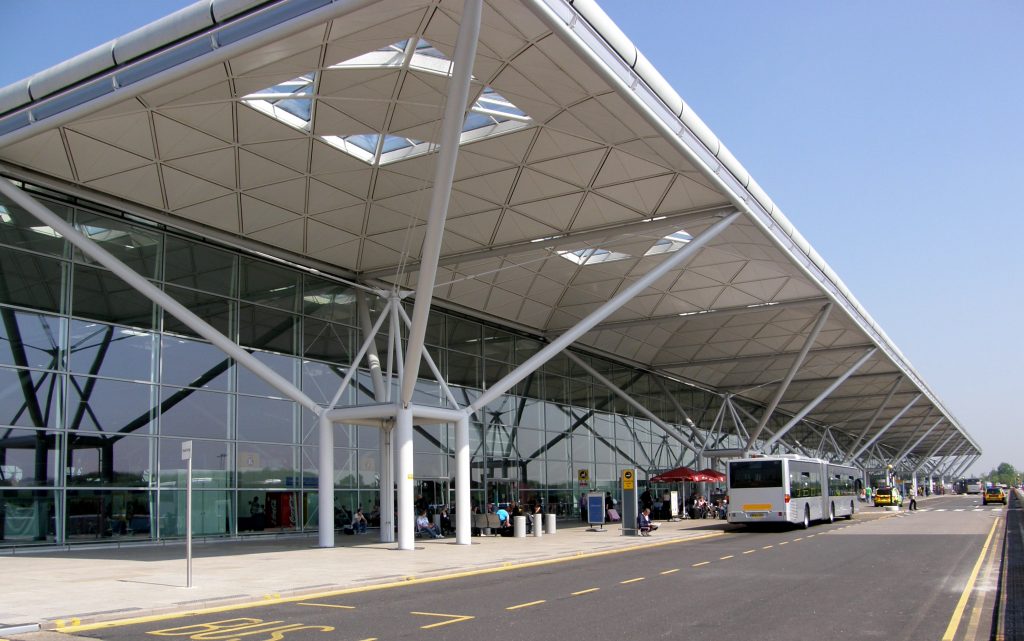 Stanstead airport is owned and operated by the Manchester Airports Group (MAG), which also owns and operates three other UK airports. MAG announced in June 2013 (as part of a visit to the airport by the Secretary of State for Transport) that it would be launching an £80 million terminal redevelopment programme.

As part of this redevelopment, Galliford Try has awarded Fabric Architecture the contract to design, engineer and install a series of tensile canopies for the airport’s Meet & Greet Valet Parking service. The structures will cover over 600sqm of car parking space, providing welcoming and practical shelter for customers dropping off their vehicles at the premium parking area.

The design brief stipulated that the canopies should compliment the terminal building and the existing ETFE structure. The terminal building was designed by Foster Associates and features a “floating” roof, supported by a space frame of inverted-pyramid roof trusses, creating the impression of a stylised swan in flight.

The Fabric Architecture design comprises a low-impact barrel canopy of crisp white PVC fabric, on an uncomplicated steel framework, which is both galvanised and powder-coated to meet to the stringent 25+ year life-expectancy specification.

The project is due to complete in early summer 2015.